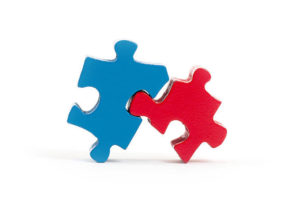 Communicating effectively at work is a universal goal of companies everywhere. To be the most productive and cohesive units, teams need to know how to direct, listen, lead, and provide feedback well. But oftentimes, we unwittingly fall short, which can cause troubles in the workplace.

However, it isn’t the words we speak to each other that cause confusion—but our expectations of how those words will be understood and interpreted. All individuals have a unique set of experiences that dictate how they understand things. To that point, some people might read directness as confidence, while others see it as a chauvinistic trait.

How we perceive things has less to do with others and more to do with our own past experiences, which color our expectations. Take the story I shared in this video, for example. A project manager named Erica needs to communicate some major changes in timelines and deliverables to her team, so she brings in Joseph, the team leader, to let him know.

They leave the meeting both seemingly on the same page—there are some things changing, and the team needs to know about them. But Erica expects Joseph to let the team know that day, maybe even within the hour, while Joseph plans on telling them the following week at their regular meeting.

Why does this happen? They appear to have a mutual understanding, but does Joseph not realize the significance of the changes?

No, in fact, he knows the changes are important, but he and Erica both came to this interaction with their own pre-established viewpoints.  Those viewpoints, a by-product of their own experiences, led them to have different understandings of how things should be prioritized.

So, how do we avoid this sort of inevitable difference in expectations at work? Start by communicating using these three steps to clearly share your experiences and come up with a plan that entertains everyone’s different viewpoint:

1. Identify what you want. Erica did this well when she told Joseph about the changes needed. She knew it would impact the team greatly, so she wanted them to be aware as soon as possible.

2. Communicate specifics. While she did tell him clearly about the changes that were initiated, Erica failed to tell Joseph she expected he tell the team as soon as possible.

3. Share your experience—or your “why.” Erica missed this step too. Erica wanted the team to know about the changes immediately as she knew they would greatly affect the team’s workload and schedules. She felt they should know now, so they could prepare and be ready to kick off the new responsibilities on Monday. Meanwhile, Joseph wanted to wait until the following week as he believed news of these changes would become a distraction that could possibly keep the team from meeting their Friday deadline. He wanted to wait for a fresh week, so they could finish the current week strong and without interference.

When Erica and Joseph both hear each other’s experiences and recognize where the other is coming from, they can discuss the best route for everyone and come up with a plan they both understand and support. They’ll not only feel understood, but they’ll also be empowered to develop the best strategy moving forward for the whole team.

Coming into interactions with a clear vision of what you want, specific details on how you expect it to happen, and the reason or experience behind why you want it a particular way, creates the sharp difference between clear, meaningful communication and a muddled mess of blame, tension, and disagreements.

Most of us come into workplace interactions with good intentions, but the outcome becomes dissatisfactory when another party (accidentally) acts outside of our expectations. By learning to communicate thoroughly, including listening to each other’s experiences, before coming up with a course of action, you can avoid the damage of mismatched expectations. When you do this well and regularly, mistakes are minimized, your company will flourish, and your employees will be transformed into a true – and dynamic – team.